An M7.3 earthquake with a focal depth of 63.1 km struck offshore the island of Honshu, Japan, 57 km east-northeast of Namie, Fukushima Prefecture, at 14:36 UTC on March 16 (1:36 a.m. on March 17, local time). Tsunami advisories— issued by the Japan Meteorological Agency (JMA) when tsunami height is expected to be up to 1 meter—are in effect for coastal regions in Fukushima and Miyagi prefectures. A Pacific-basin-wide tsunami is not anticipated at this time, according to the U.S. Pacific Tsunami Warning Center. 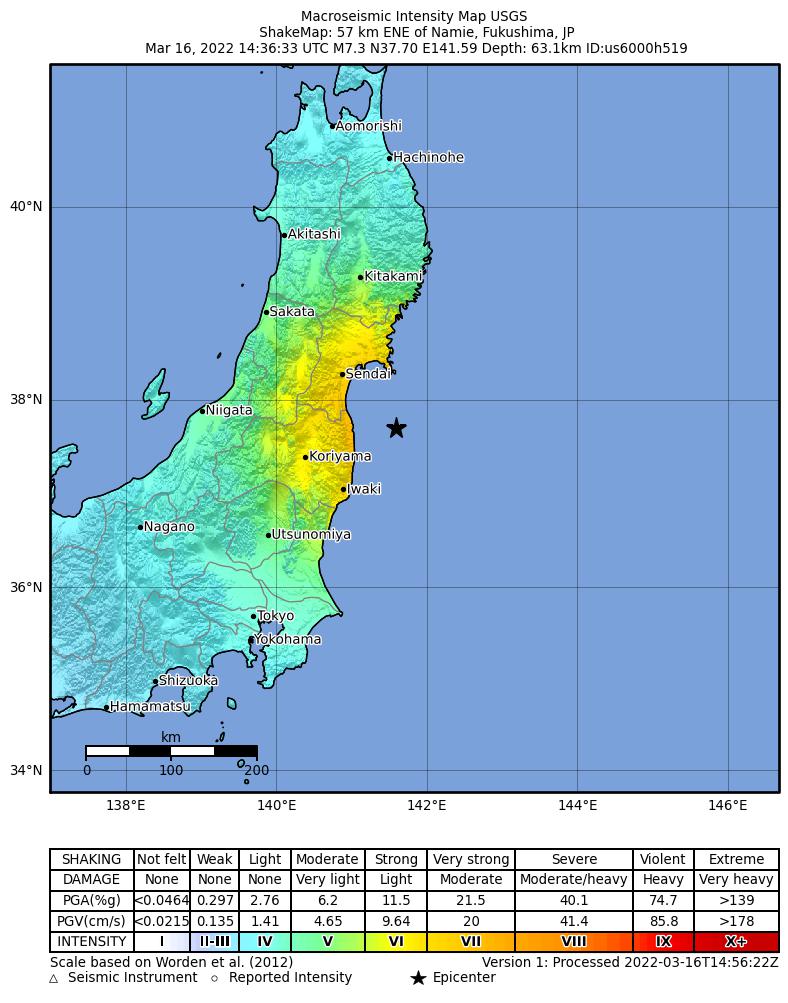 The quake struck in the overnight hours local time, so reports of damage and disruption are scant. So far it has been reported to have caused more than 2 million households to lose power in nine prefectures, including Tokyo and Kanagawa, and ~154,000 households to lose power in northern Japan, including the Tohoku region, according to the Tohoku Electric Power Company.

During a press conference, Chief Cabinet Secretary Hirokazu Matsuno stated that one of Fukushima's nuclear power plants was being checked and a second one was unaffected.

The M7.3 Namie quake struck less than a week after the 11th anniversary of the much stronger 2011 M9.0 Tohoku earthquake.

The ALERT Team will continue to study the impacts of this event, including damage reports as they come available.  We will provide similar stochastic event IDs (SSEs) tomorrow, March 17, no later than end of business, EDT.