Verisk estimates that insured losses due to wind from Winter Storms Dudley/Ylenia and Eunice/Zeynep will range between EUR 3 billion and EUR 5 billion, the majority of which are expected in Germany, UK, and the Netherlands.

ALERT™ subscribers can download Touchstone® and Touchstone Re™ wind event sets, a Touchstone-ready wind footprint shapefile of the median scenario, as well as loss-based similar stochastic event (SSE) IDs for wind for Dudley/Ylenia-Eunice/Zeynep from the Downloads tab. The information provided herein is strictly confidential and is solely for the use of our clients; disclosure to others is prohibited unless noted in your software license.

These estimates reflect wind damage from Dudley/Ylenia and Eunice/Zeynep to residential, commercial, industrial, and agricultural properties, and automobiles.

The industry loss estimates also reflect an adjustment to account for increased material and other repair costs in the current construction market. Based on our analysis of the current market conditions in the UK and continental Europe, Verisk estimates losses could be 10–15% or more above the modeled results. This adjustment accounts for the increased cost of construction during 2021. Individual rebuilding components such as roof repair may vary, however. It should be carefully noted that this 10–15% adjustment is an industry average expectation. Countries whose currency is not the euro are showing cost increases in excess of that range. Thus, this adjustment has been applied only to the industry loss range quoted above and is not explicitly included in the Touchstone and Touchstone Re event sets. As the impact of these market conditions could vary significantly from company to company, we recommend that clients make their own adjustments to replacement values or losses to account for these conditions; they are not by default included in the Touchstone and Touchstone Re event sets. Given current events, we would expect prices to continue to increase; thus, any delay in the settlement of claims will result in even higher losses.

Note that typical hours clauses for windstorm in current reinsurance contracts tend to be more than 72 hours and can range from 3 to 7 days. As a result, given Dudley/Ylenia and Eunice/Zeynep struck within this time range, our single simulated event for these two storms will appropriately account for policy conditions such as the retention of a reinsurance program applying to the combined loss for this event.

See below for additional information.

Verisk’s modeled insured loss estimates do not include: 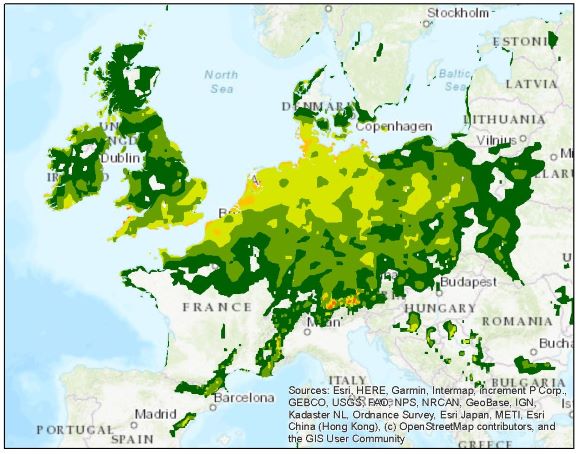 After Storm Dudley/Ylenia menaced parts of the UK and Northern Europe February 16 and 17 with high winds, an even stronger Storm Eunice/Zeynep swept in to cause damage in the region February 18 to 20.

Dudley/Ylenia disrupted train service in Scotland, parts of England, the Netherlands, and the northern half of Germany. Flights were delayed or canceled at major airports in Germany and the Netherlands and some domestic flights in Poland were rerouted. About 14,000 customers in parts of northeast England; 54,000 in North Rhine-Westphalia; and 300,000 in the Czech Republic were left without power at the height of the storm. Five deaths have been attributed to Dudley/Ylenia, three in Germany and two in Poland.

Close on the heels of Dudley/Ylenia, Storm Eunice/Zeynep brought more high winds, leading to widespread reports of wind damage to homes and businesses in the UK and continental Europe, including roofs torn off. In addition, the roofs of an arena in London and another in the Hague were damaged severely. Extreme wind speeds in London are relatively rare. Transportation of all types, including hundreds of domestic and international flights and rail, and road travel, was disrupted in the UK and continental Europe. Nearly half a million customers in Britain lost power at the height of the storm in addition to millions of homes and businesses across Europe. At least 16 deaths have been attributed to Eunice/Zeynep in the UK, Ireland, Germany, Belgium, and the Netherlands, mostly by fallen trees, airborne debris, and storm-related road accidents.

Damage due to coastal flooding was relatively insignificant for this event, although high water levels and storm surge inundation were experienced in several locations, in particular along the German North Sea coastline, and near river mouths, where surge levels approached 3 meters.

Although Storm Franklin/Antonia followed close behind, its effects were not as impactful as Eunice’s and they are not considered in the release event set.

The rapid succession of two or more low pressure systems within a short time frame is not an unusual event in Europe. While the clustering events Daria, Vivian, Wiebke (1990)  and Anatol, Lothar, and Martin (1999) more than two decades ago are still the most prominent examples for clustering of extratropical cyclones in Europe, there have been some more recent clustering events that have affected Europe. For example, the storm clusters Elon and Felix or Mike and Niklas in 2015 and Draghi and Eberhard in 2019 occurred within less than 72 hours and caused significant insured losses across Europe.

Event sets containing five ALERT custom modeled scenarios for these storms, for use in Touchstone or Touchstone Re

Following a reported issue, the Touchstone event set has been updated as of February 28.

Event IDs taken from our stochastic catalog that have similar industry loss footprints to the ALERT custom scenarios in the event sets above.